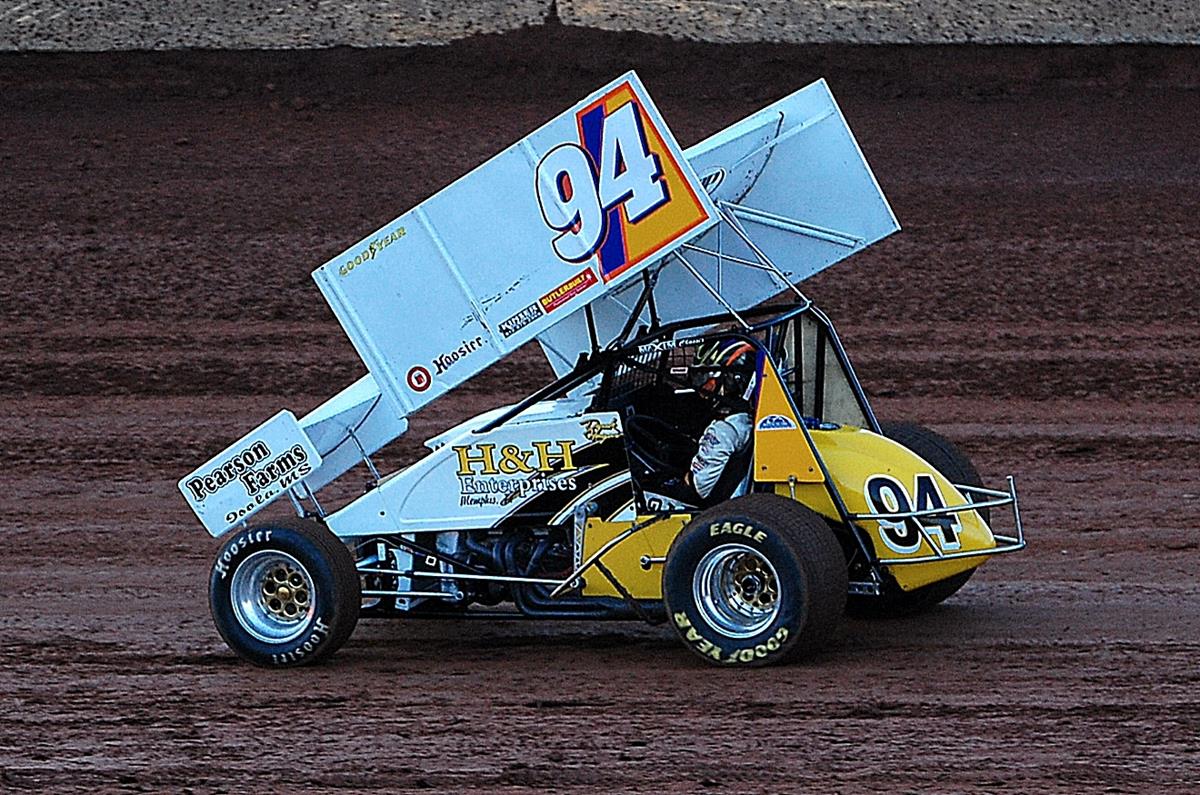 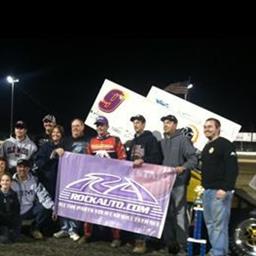 Hagar's Back in the Action!

Columbus, MS – April 2, 2011 – Tim Crawley from Benton, Arkansas chased Cordova, Tennessee’s Brian Bell for fifteen laps before racing into the lead on lap sixteen of the 30-lap United Sprint Car Series presented by Goodyear (www.uscsracing.com) Spring Xplosion. Crawley drove the Ward Racing #88 into the www.rockauto.com USCS victory lane for the first time during the 2011 season. It was Crawley’s thirty-ninth career USCS presented by Goodyear win before an impressive crowd at the historic 3/8 mile red clay oval. When the green flag unfurled for the initial start, Bell who started in the K&N Filters Pole Position after high points earner Derek Hagar from Marion, Arkansas drew a four inversion, raced into the lead with Crawley in tow. Bell held the lead through three caution periods. After a re-start on lap fifteen Crawley got enough momentum to surge past the young driver and into the lead on the sixteenth circuit. Bell chased Crawley for the win until lap twenty-eight when 2006 USCS Rookie of the Year, Derek Hagar slipped past Bell in lapped traffic for the runner-up spot. Bell held off a hard charging Jerrod Hull from Sikeston, Missouri for the final podium spot in third place. Hull, who started the A-Main in sixteenth position after flipping his car in the heat race finished fourth. The defending series Champion, Terry Gray from Bartlett, Tennessee who brought the first caution of the race when he spun on lap eight rallied for a fifth place finish.

Derek Hagar won the Engler Machine and Tool First Heat. Lee Sowell from Nesbit, Mississippi charged from third to first in the Butlerbuilt Second Heat and Tim Crawley won the Wilwood Engineering Third Heat. Brian Bell was awarded the K&N Filters Pole Position after high-point earner Derek Hagar from Marion, Arkansas drew a four in the K&N Pole Award drawing. Jerrod Hull was rewarded for his efforts with the Wilwood Hard Charger Award for the driver who advances the most positions in the main event. Hull pasted twelve cars to finish fourth after a sixteenth place start.

The next Mid-South Thunder Tour presented by Goodyear is a middle Tennessee double header on Friday, May 13th at Tennessee National Raceway(www.racetn.com) in Hohenwald, Tennessee and at Thunderhill Raceway (www.thunderhillracing.com) in Summertown, Tennessee on Saturday, May 14th. For information on these and other USCS Outlaw Thunder events please call 770-460-7223 or visit www.uscsracing.com